Progressive Information Systems is a young and dynamic company based in Malta. They are committed to providing world class business software solutions to businesses of all sizes. They specialise in accounting systems, Point of Sales systems (such as the cloud based P.O.S. system for restaurants, LightSpeed) and hotel management software.

Ranked lower down on Google searches made it hard for Progressive Information Systems Ltd. to make their services known.
After analysing their current stats and researching what was needed to improve their Google rankings we then put together a plan. This involved readjusting the strategy and on page optimisation of their website alongside coordinating SEO with their marketing efforts which also included other social media.
Three months later, the result of implementing the plan saw Progressive Information Systems Ltd. jump from their current lower positions to one of the top three positions. This lead to an increase in sales revenue due to larger amounts of traffic visiting their website.

This graph shows how the traffic grew by double the amount over a short period of 3 months. In month 6 the client was able to confirm that sales revenue had increased by twice the amount due the traffic increase. 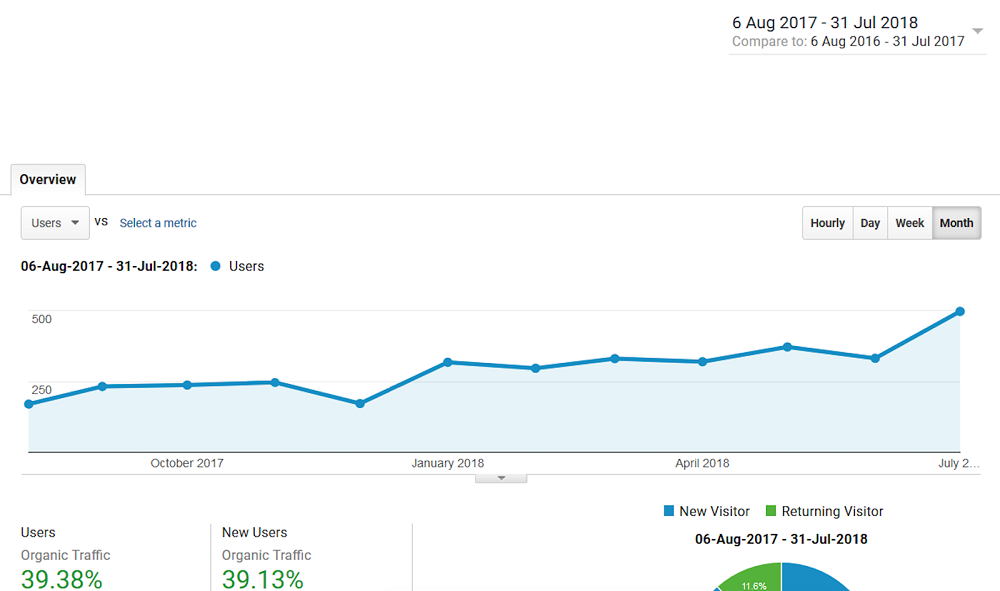 “With FairTech the leads coming in from the web, from our website specifically have increased drastically and even by email.”
- Alex Grima, Founder & Managing Director of Progressive Information Systems Ltd. www.progressive.com.mt

"Most definitely, I would recommend FairTech
My favourite thing, I think is very simple, the results obtained.

We've seen our place in search engines improve drastically
When you see the results coming in and the improvements being made that obviously gives you the most satisfaction. Results speak for themselves.

It was better than I expected. They are focused and very professional. Our sales revenues have increased by a substantial percentage notwithstanding the fact that the project has only started only six or seven months ago.

We have seen good effects on the revenues that we have generated.
It's much better. I mean our positioning on Google which is the major search engine is I would say five, six times better than it was before
We have improved on most of our keywords out there. What people search for, we used to be placed in 10th position and now we're in first second or third position which for us that means a lot.

That's when we realized that since we started this project with FairTech, the leads coming in from our website specifically, have increased drastically.
And even via e-mails, we have people saying “listen I found your company on Google and I would like to have more information of what you have to offer me”.
One of the things that FairTech helped us with was telling us specifically what people are looking for on the internet.
That helps us a lot in knowing our customers better because from the very first moment you meet them they can already tell you potential areas of improvement and where they can take your company"

Ask for your free consultation now!